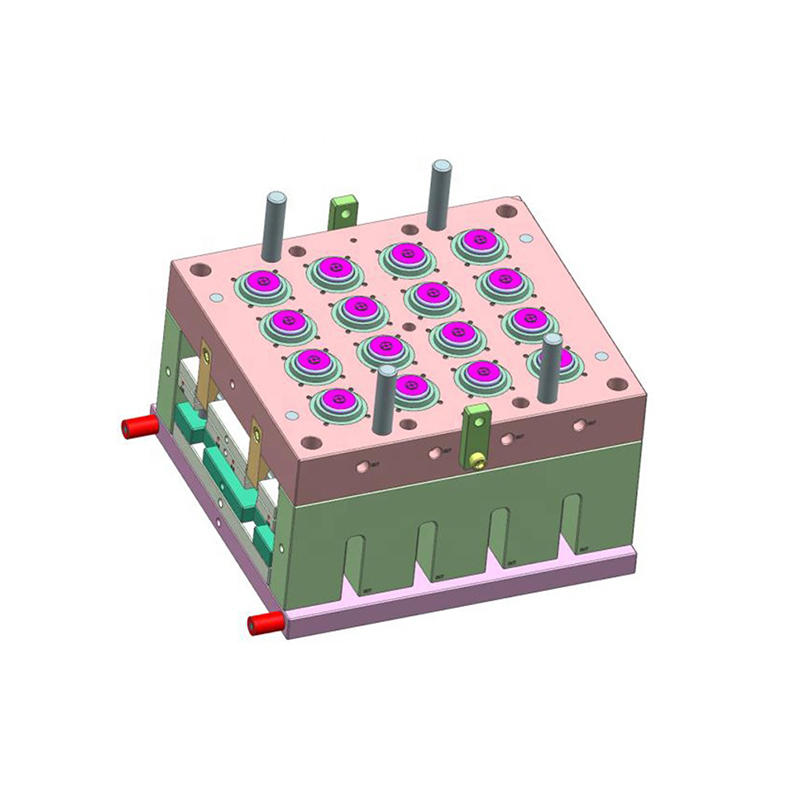 5 gallon Cap mould is a mould for making the disposable cap which is suitable for 55mm neck gallon bottle intended for water dispensers.

The cap have many customized type, normally the neck is press neck, neck finish is 55mm.

Besides, the cap is also can be designed with thread type. The cap have short neck and high neck, popular type is standard neck(not short), and in order to save mould cost, now cap is designed for only one part. Some clients are still using the three parts cap, which include the inner part, top cover and main body part, might also add the foam sheet for seal. It will increase the mould cost, each part need one mould for production.

We also have two colors 5gallon cap mould, this cap inside have a TPR ring for seal, and mould will need two colors injection moulding machine for manufacturing.

Get a Free Quote